The ASA Test Prep includes the Airman Knowledge Testing Supplement, with the same FAA legends, figures, and full-color charts you’ll be issued at the testing center — to help you become familiar with all available information before you take your official test. You can count on ASA to keep up with changes in the FAA Knowledge Exams with a free email subscription service and updates. ASA’s Private Pilot Test Prep is the pilot’s best resource for successful test-taking.

Use Test Prep 2022: Private Pilot for the following Knowledge Exams:

Pass your test and know what is essential to become a safe, competent pilot-from the most trusted source in aviation training. 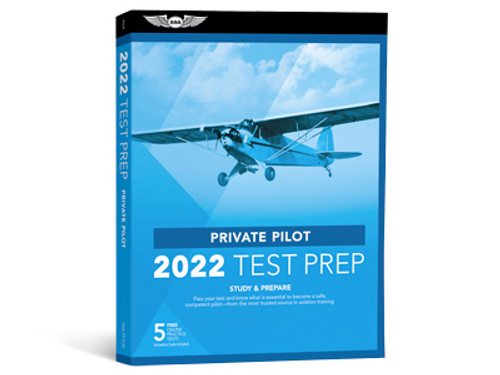